BittsAnalytics provides its users with real-time social media sentiment, calculated with machine learning from social media texts about individual cryptocurrencies. Social media sentiment has proved as a very valuable signal many times in the past and again in recent downturn, effectively signalling intermediate bottom at 3700 USD. 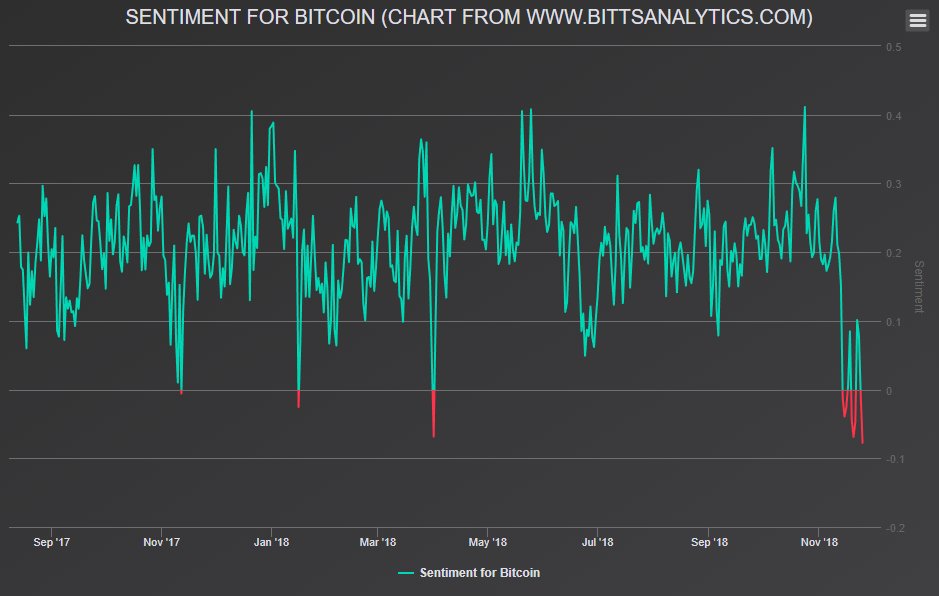 After the first surge on October 22nd the price remained first flat and then fell after retreat in sentiment. Yesterday however came a second even stronger sentiment surge when Bitcoin was at around 3700 USD and this sentiment surged to new intermediate heights. Unlike previous surge, the positive sentiment trend persisted this time and Bitcoin price also followed afterwards.

Social media sentiment was thus again proven very valuable as a market sentiment indicator. It is available as part of our Advanced subscription, more information is available at:

Social Media Sentiment also flashed warnings with Bitcoin at 6500 USD, you can read more in our previous blog:

Major collapse of social media sentiment with Bitcoin at 8000 USD

Serious losses in the last 24 hours for cryptocurrencies

BittsAnalytics is an advanced data and analytics platform for cryptocurrencies.